How Complex are TodoMVC Implementations

Controlling complexity is the essence of computer programming. - Brian Kernighan

One promise application frameworks have in common is to reduce the amount of work necessary to get things done. Not having to re-invent the wheel for every new project and being able to rely on a library of functions that perform common tasks certainly has its benefits.

When doing Web or mobile development it is almost impossible these days not to consider working with a JavaScript framework or library. But there are plenty of them and a new one seems to pop up every day.

A good place to start looking for a framework/library is the TodoMVC project, which is a collection of implementations of a simple Todo app. Each implementation either uses one of the more popular MVC frameworks (AngularJS, Ember.js, Backbone.js etc.), or a library (Closure, Dojo, jQuery) or no external dependencies like the Vanilla JS example.

I skimmed the source code of some of the Todo app implementations and thought about ways to measure them and make them comparable. One thing that immediately came to my mind was using cloc to count the lines of code, in the end I expect to write less code when using a framework. But this metric alone doesn't tell how complex the code is.

Fortunately, there is complexityReport.js, a tool for reporting code complexity metrics in JavaScript projects, which currently reports on: lines of code, number of parameters, cyclomatic complexity, Halstead metrics, and Maintainability Index. I used this tool to create complexity reports for the TodoMVC implementations, aggregated the numbers on a per project bases and created bar graphs for easier comparison of the example apps.

Below you find information on the different metrics that were calculated and the graphs comparing the different projects. Only JavaScript source files are considered in these numbers and external libraries were excluded. The gwt and dart examples were completely omitted as they are not written in JavaScript.

This metric is divided into physical (actual lines) and logical (imperative statements) counts. Both are not very informative regarding complexity, but I still think the logical lines of code is an interesting metric to look at. The logical lines of code range from 75 for AngularJS to 366 for Dojo. Quite a difference and quite impressive how few lines of code you need with some of the frameworks. Interestingly, the Vanilla JS implementation was written in less lines of code than the Dojo, Flight, and Closure examples. Considering that laziness is a virtue for programmers AngularJS certainly looks more attractive than Dojo here. The mean cyclomatic complexity was calculated by dividing the sum of the aggregate complexity values for all files (modules) by the number of files.

jQuery stands out here. One factor being that the whole app is written in a single file with the outer anonymous function having a cyclomatic complexity of 183. KnockoutJS, however, is also a single-file implementation and has a much lower value.

Besides jQuery, Agility.js exceeds the threshold of 10, all others fall below it with Ember.js scoring best with just 2.

What you see in the graphs below are the totals aggregated from all JavaScript files per example application. For all of these Halstead measures lower values are better. The effort (E) to implement or understand a program is the product of its volume and difficulty.
Formula: E = V * D The time to implement or understand a program (T) is proportional to the effort. Halstead found by experimentation that dividing the effort by 18 gives an approximation for the time in seconds.
Formula: T = E / 18 The differences between lower and higher values are quite dramatic for all of these Halstead measures. Picking the time for example the Ember.js implementation would take roughly 40 minutes and the Vanilla JS implementation about 8 hours, provided you have a similar level of experience. These values don't seem too far off when looking at the actual code.

This metric was designed in 1991 by Paul Oman and Jack Hagemeister. Its values range from negative infinity up to 171 on a logarithmic scale. Higher values indicate better maintainability. Oman and Hagemeister identified 65 as the threshold value below which a program is considered difficult to maintain. The Todo app is conceptually fairly simple and all of its implementations are rather small code projects so none of them falls below the threshold proposed by Oman and Hagemeister. Unsurprisingly, those Todo app implementations that scored well before (mostly on the lower end) are also more maintainable according to this metric.

This section was added 3 days after the 1st publication.

There was some discussion on Reddit about this post and Redditor jpfed calculated a domination ranking based on the scores across all metrics.

In other words the less often an implementation is dominated the better, which makes AngularJS, AngularJS-perf, Ember.js and KnockoutJS look pretty good. In this article I compared 17 different JavaScript based implementations of a simple Todo list app using the metrics: lines of code, cyclomatic complexity, Halstead measures and Maintainability Index. Overall AngularJS and Ember.js scored pretty well. Dojo, Closure and Vanilla JS on the other end require more programming and maintainance effort.

As mentioned earlier the Todo list app is rather simple and all of the projects are fairly small in size. It would be interesting to compare a more complex type of application using these measures to see whether the different approaches would score similarly to the results presented here.

So without generalizing what these numbers say, they help me narrow down the potential choices in the ever-growing jungle of JavaScript MVC frameworks and libraries.

This post was written by Ramiro Gómez and published on September 17, 2013.

Check out the source code used to process and render the data. 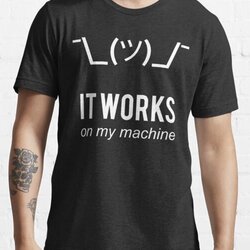